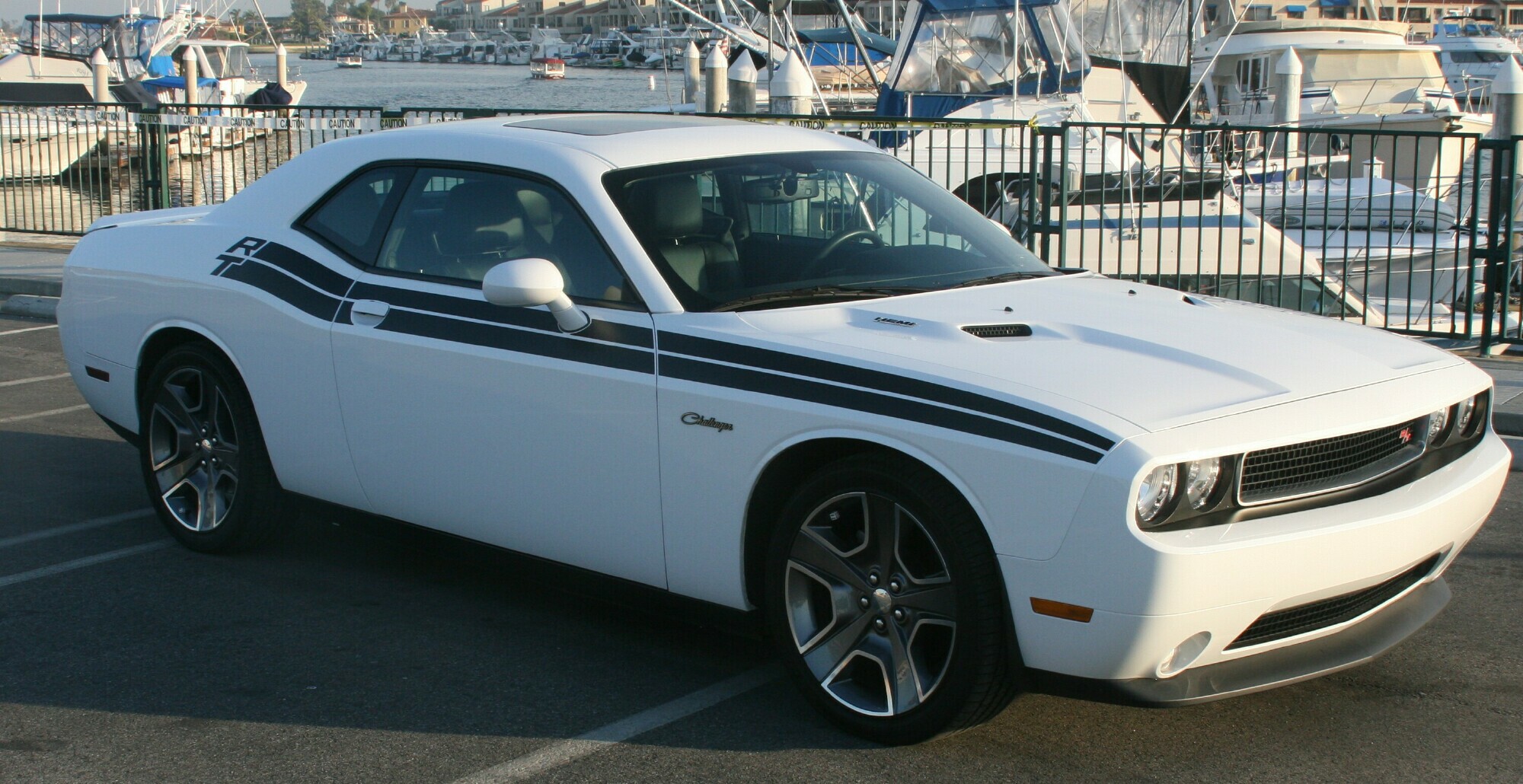 "This radio station was named Kowalski, in honor of the last American hero to whom speed means freedom of the soul. The question is not when's he gonna stop, but who is gonna stop him." - Quote from the 1971 Motion Picture Vanishing Point.

Vanishing Point was one of the best chase moview involving a Challenger ever made. It was the inspiration in the purchase of my 2012 Challenger. My wife wanted to surprise me for my 50th Birthday, and this White Classic was the surprise. She originally looked for a Plum Crazy Purple Challenger, but in 2012 there were no PCP R/T Classics. This was fortunate because I ended up with my Vanishing Point Tribute.The 1971 Challenger R/T used in the film had a 440 Magnum motor with 375HP. The 2012 R/T Classic has a 5.7 hemi also with 375HP. 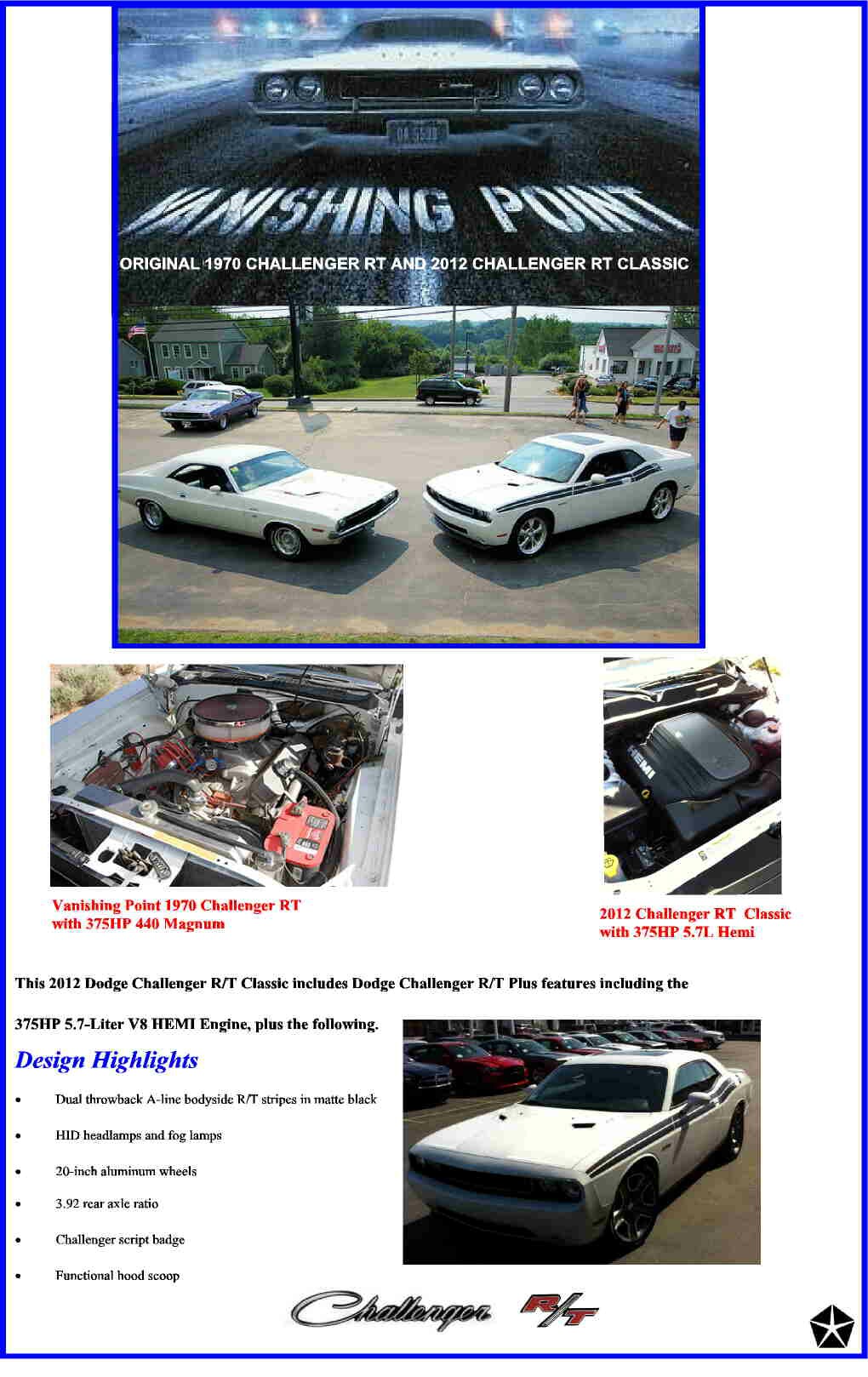 Here are some Vintage Dodge challenger Ads from the early 1970's

Click on the link below to see Chrysler Digital Media's Jennifer Herman wraps up the 8th annual Spring Festival of LXs held March 23, 2013 in Irvine, CA. My Challenger can be seen 17 seconds into the video.